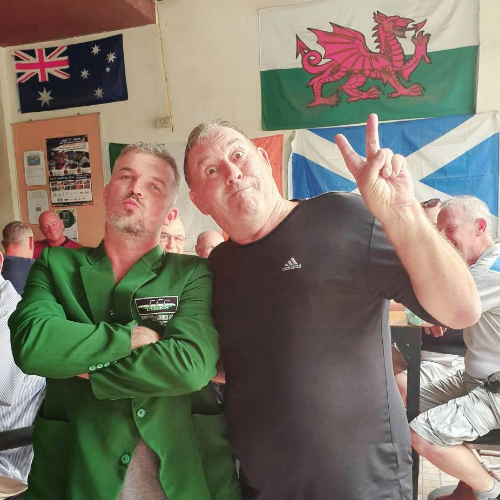 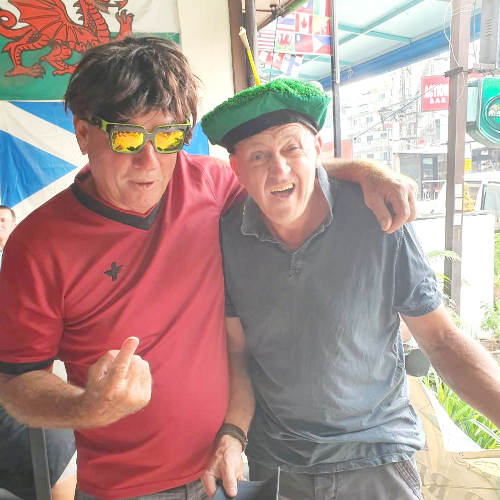 Three buses and some cars ferried 31 golfers for the short journey to Phoenix Gold golf course on a pleasantly warm Wednesday morning.
Needless to say, the courses we played, Mountain and Ocean, were in terrific condition and, as always, near perfect greens.
With a course this good, the scoring was mostly at the high end of the scale, where the top seven players had 37 points or better.

At the very top, it was a two- way tussle as both players had a score of 41 points.

Jamie Booterbaugh won another Green Jacket with that high score, beating Billy Buchanan on countback. He is a good golfer in form.

This was Billy’s best score for quite a while, although he showed some good form early in the month with a second place behind the runaway winner that day.

‘Hot and cold’ Stuart Kidd had a good day by taking third spot with a big 39 points.

Dave Arataki would be happy by, at last, posting a high score of 38 points to be in fourth place.
Dave won that place on countback from Richie McGhie playing from a #2 handicap.

Once again, consistent John Heffernan was on the podium in sixth place with 37 points, winning that spot in a countback from Nigel Henson.

Oh Dear! We haven’t been able to find them for months and thought that it was the end of the ’wig’ and ‘silly hat’. BUT they are Back!

And just in time for Irishman, Colm Lawlor, to claim the green ‘silly hat’.

He took part in a tipping competition where he was given a ticket. He tried to pass it off at the green fees counter, arguing that it was discount voucher. NO, it wasn’t.
Then, in his disappointment, walked away, leaving his wallet on the counter. Billy picked it up and chased after him. Welcome to the ‘silly hat’ club Colm.

The first ‘wig’ since Covid was placed on the ‘fireman’, Greg Smith. After a Green Jacket earlier in the month, he wore the ‘wig’ for the lowest score of the day.
He wasn’t really the lowest, but was the lowest scorer present at the presentations.

Players were pleasantly surprised when Phoenix offered a discount price at the check-in, just for having a Thai phone number.
Gratefully accepted.