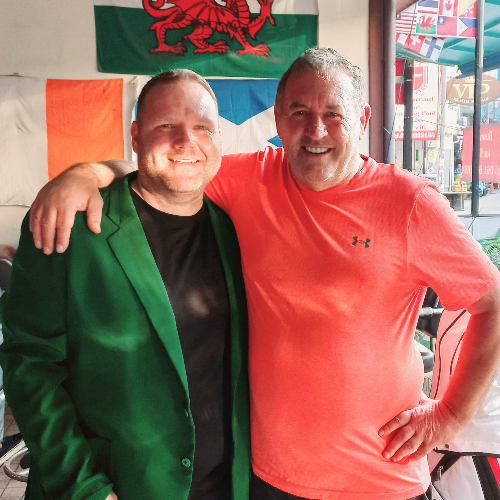 On March 13, 2020, Phil Ashton played his final round before heading home to the U.K. His score at Pattana that day was 44 points.
Roll on to his next game with Links at St.Andrews 2000, after the enforced stay at home, and he has had back to back Green Jackets’, this time with a score 39 points and the win in ‘A’ flight. The only thing to come down in that time was his handicap.

Tom Bina has been playing with us for a while and today is probably his best score in those games, 36 points. He has found the game that makes him a low handicap.

With the same handicap as Tom, Ben Hebert has been hitting some form and he held third place, beaten in the countback.

John Heffernan, was in only his second round with Links so, after a 32 points game in round one, he has scored 34 points for the fourth place.

The ‘B’ flight threw up the improving Young Min Ko. His 36 points acknowledges how well he has come along with this game since learning to play golf after starting at Links Golf.

Greg Smith dropped a couple of shots from his handicap after a couple of scores in the 40’s, but was still right there on the leaderboard with 35 points to take second spot.

‘Hot and cold’ Stuart Kidd was moderately warm today with a good score of 34 points where he won the countback for third place from the consistent Billy Buchanan.

The Green Valley course at this Barcelona complex is in very good condition. Unfortunately, maybe because of that, the St. Andrews course is not so good. The bunkers are not good as there seems to be a lack of sand and too many weeds, consequently, they are not being raked.

However, not all is lost as the fairways and greens are coming up to the level we have come to expect. No-one had any real complaints about the course in general.

Having been dry for the past couple of weeks, it came as bit of a surprise as a storm hit the field, with quite heavy rain at times.
Some groups sheltered for about twenty minutes, but the game went on and all completed the round.